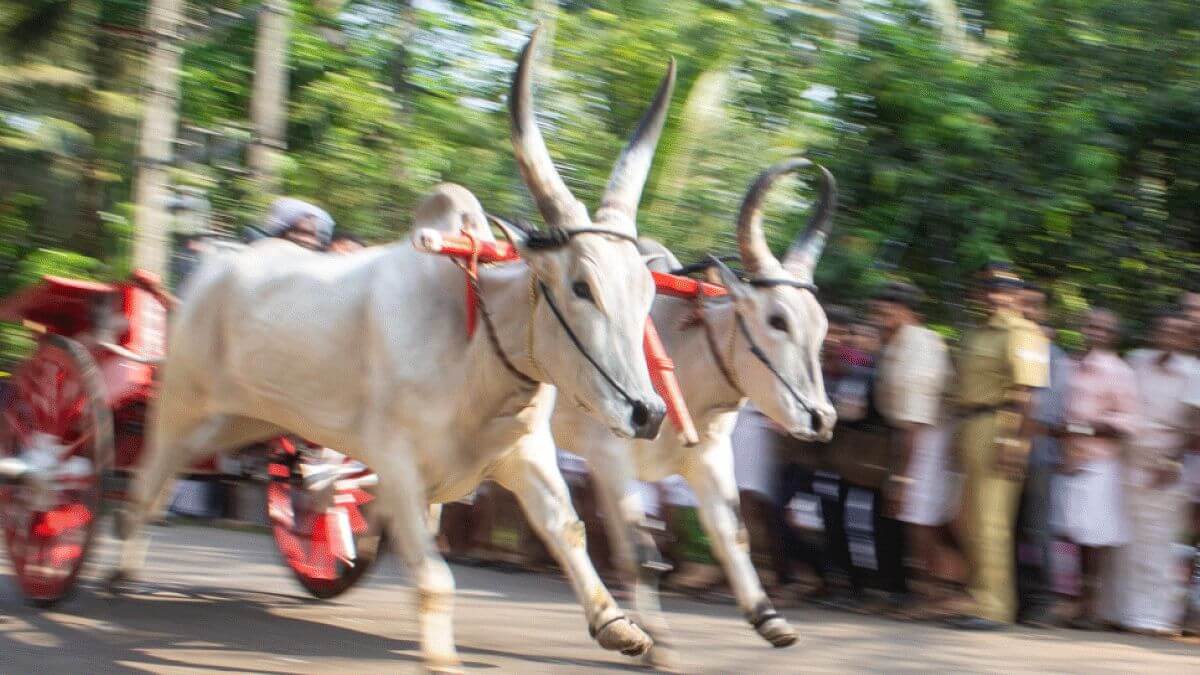 Kerala is literary known as “the land of coconuts” wherein Malayalam the regional language of Kerala, “Kera” means coconut. The rich cultural heritage of Kerala has known the state as “God’s own Country”. Hence, the art, culture, and festivals are celebrated in all parts of Kerala in various forms and one of those is Bullock Cart Race.

One such varied festival is where the People of Kakkoor village near Piravom town in Kerala conducts a bull race known as ‘Maramadi’. It’s an event conducted during the traditional harvest festival of the farmers in Kerala. As per the Kerala regional Malayalam calendar, this festival is celebrated in the Malayalam month of Kumbham that roughly occurs in the month of February or March. After all the most exciting event of the festival is Bull Race or Ox Race called ‘Maramadi’. Altogether, the race is conducted on the public road with two bullocks in a cart lead by the person who sits on it.

All Photographs are copyrighted @Abin Alex

Abin Alex is an Indian-based Photojournalist and is currently an Official Photo Mentor of Canon India. Also Chief Editor of Creative Huts Magazine, CEO of Alextern Education Pvt.Ltd and Chairman of National Education And Research Foundation. Moreover, he is the Director of the Creative Hut Institute of Photography, where aspiring photographers are becoming professionals. With his amazing educating techniques. Furthermore, he holds a Master In Design from Dhirubhai Ambani Institute of Information and Communication Technology. And an MBA in Design Management from Annamalai University. Forthwith, he quotes, “Involving myself into art and different creative works were something that I always loved to do from my childhood”. His research has led to making several World records and Excellence awards.

You can also connect with him:

Editor's Desk - June 4, 2019 1
Painting with light is an easy photography technique where you illuminate some your scene. Light painting tricks which you can play creatively. The article...