The Lion In the Cave – Ritual Art Form of Kerala

Theyyam, a Kerala ritual art form, was chosen to express their dominant personality through photography. Theyyam well known as “The Gods of Malabar is performed for generations in the gullies of Kannur.”

The beams ascend toward the God, Who holds the knowledge of all lives,
So that all things behold the Sun
Emerging up above the dark, toward the higher light we turn:
We have attained the God of Gods, The Sun itself, the highest light.

Leos are powerful zodiac signs because they are born leaders with a king’s attitude. They are well-known for using their persona to draw attention to themselves in public.Stubborn, creative, passionate, generous, warm-hearted, self-centered, unbending, vibrant, aggressive are the common traits of a Leo.

In particular, “Kandanar Kelan” is not for people who are readily terrified. The Kandanar Kelan, like a Leo, has a roaring lion’s heart that emerges from the flames of fire.. Their creative and vibrant costumes narrate the story behind the festival. His passionate, aggressive, and obstinate attitude makes him almost unstoppable when it comes to jumping into the fire..He possesses a powerful mind, which he enjoys employing while leaping through the flames that others fear.

Those who are surprised by his godlike kindness are blessed by him. Kandanar Kelan delights in being self-absorbed in the company of average individuals.When individuals disobey him, he taps the ground firmly with his feet. His strong impulse towards defying death and to gain victory reflects the jungle king. 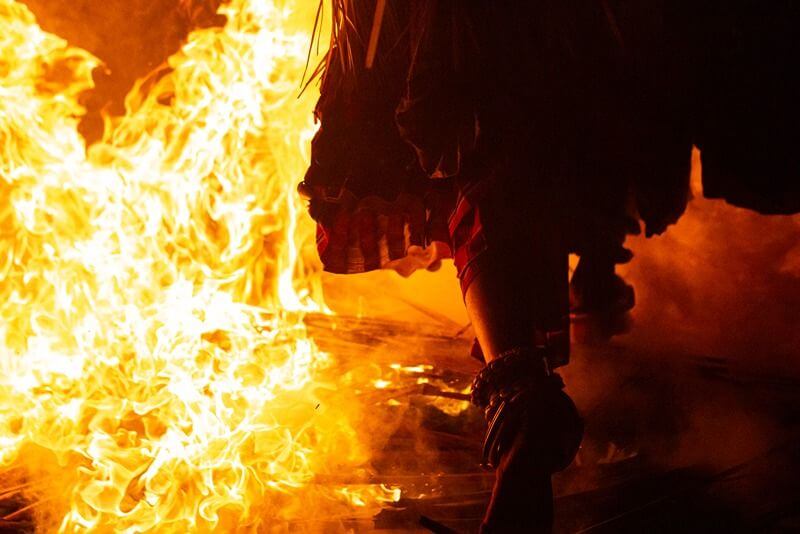 Leo – The Lion in the Cave 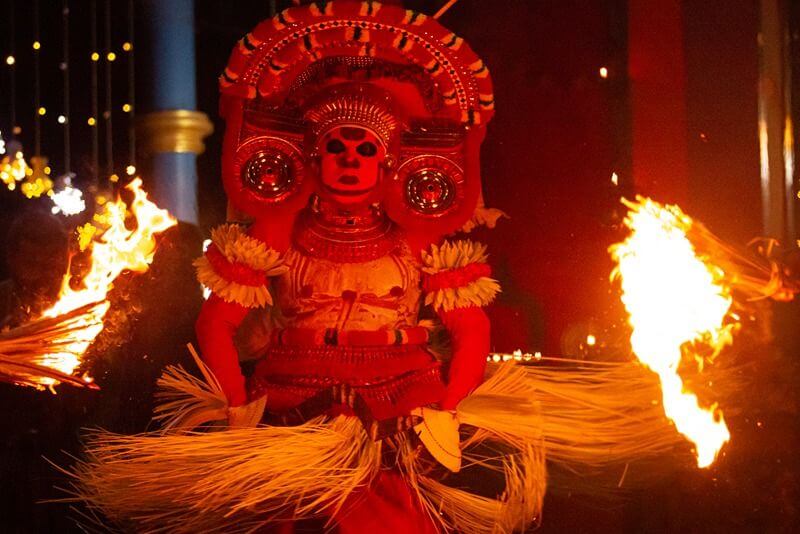 Rhythm – Igniting fire in the soul 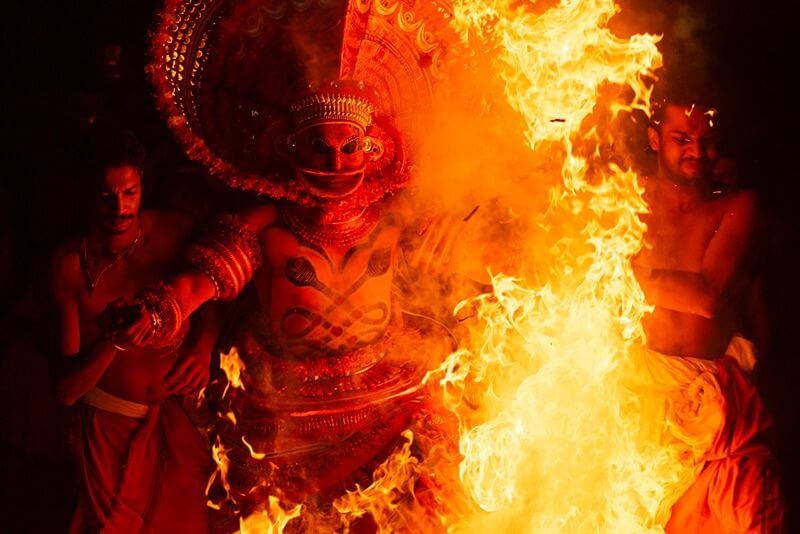 Unbending – Determined towards his actions 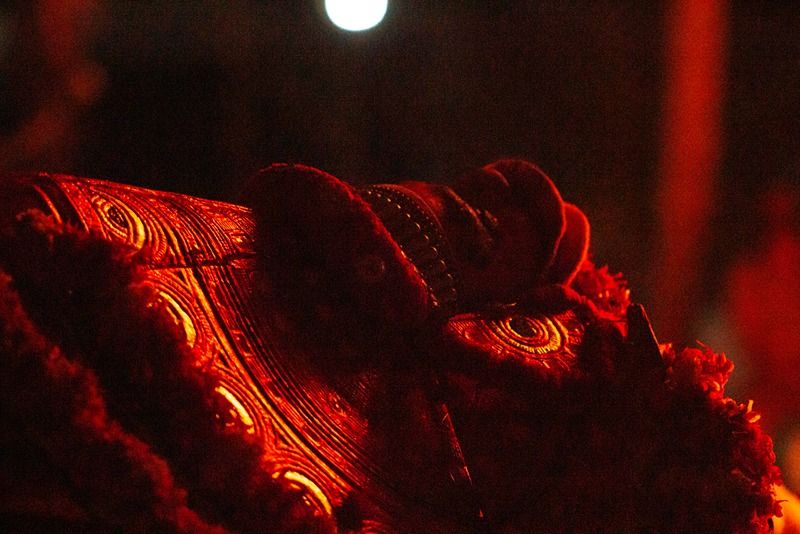 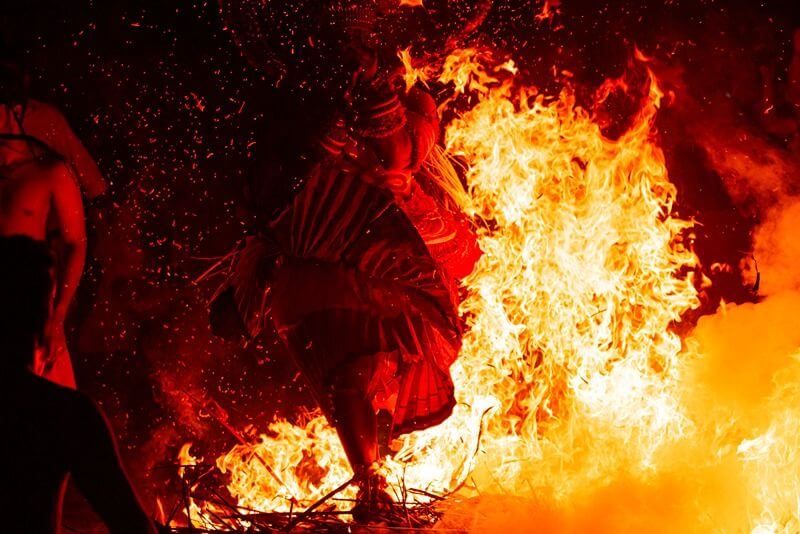 Aggresive – Materializing from the inferno 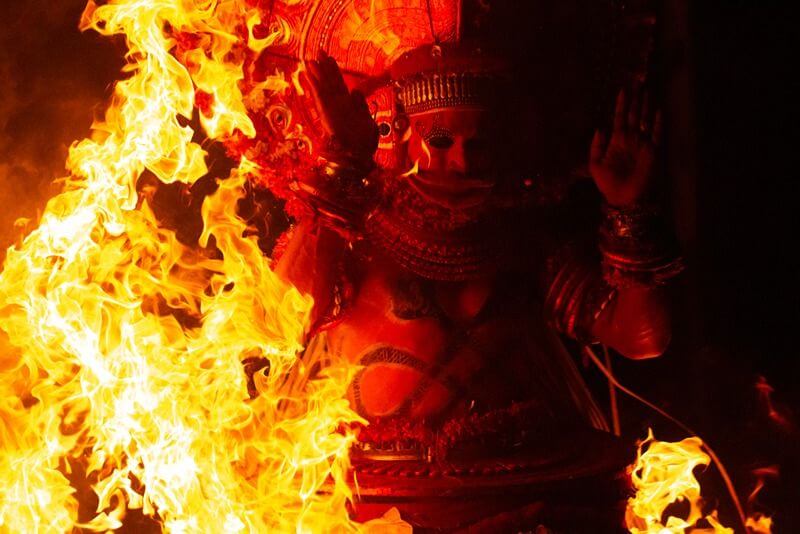 Magnanimous – Generous toward his devotee

Emerge – Arising through the sea of flames 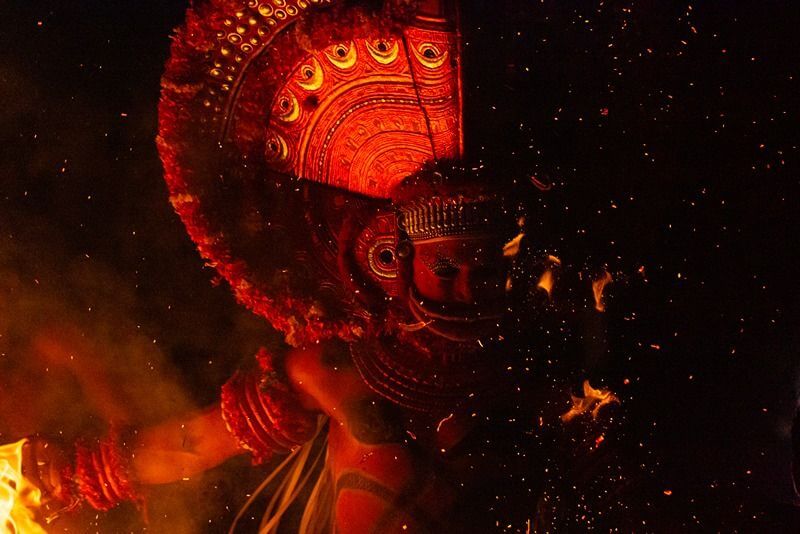 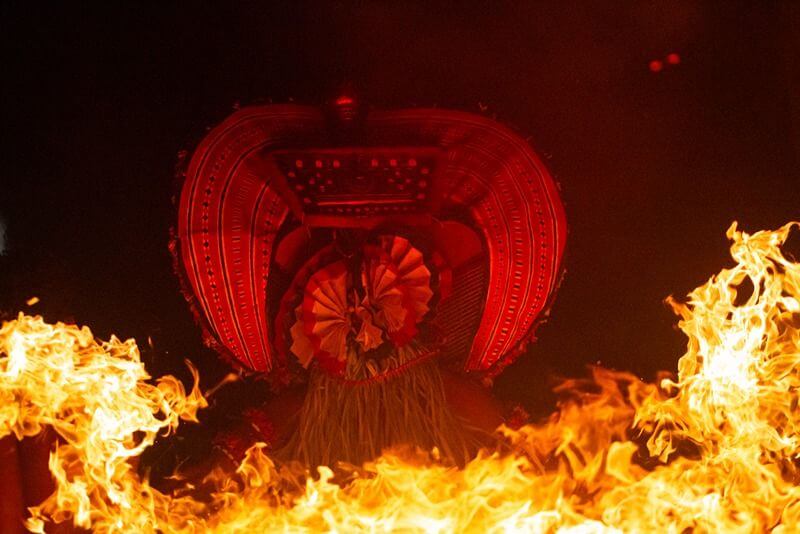 Leap – Gone over the hurdle 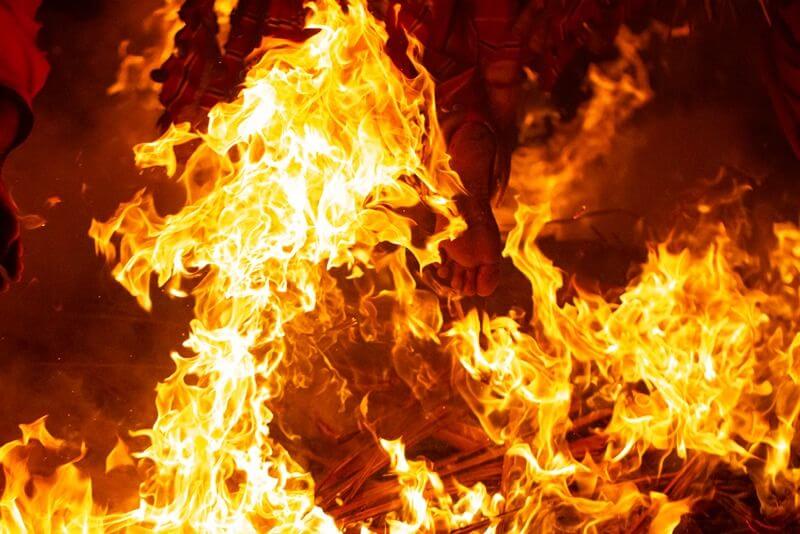 Numb – A walk over the flames 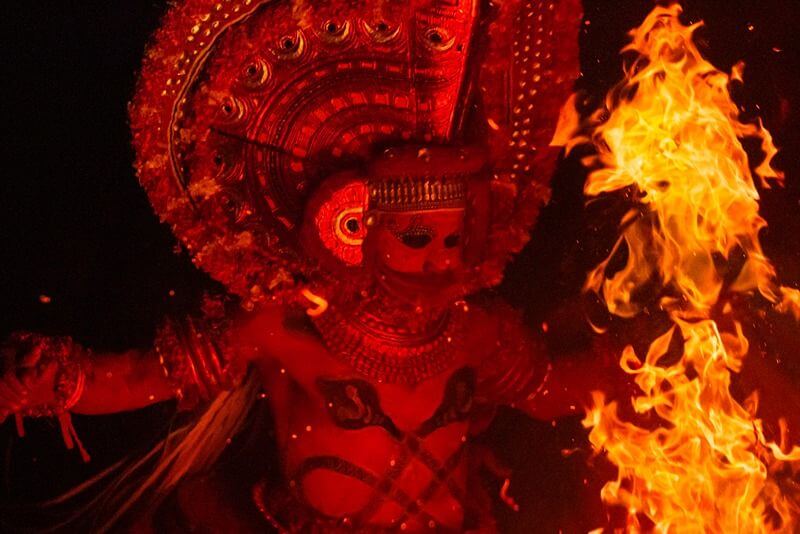 In Kerala and Karnataka, theyyam is a prominent type of ritual devotion through dance. These folks view Theyyam as a conduit to a god and hence seek its favours. Theyyam is predominantly practised in Kerala’s North Malabar region. This popular ritual art form incorporates dance, mime, and music.

Copyrights:
All the photos and text in this post are copyright of Pooja Singh, Creative Hut Institute of Photography. Their reproduction, in whole or in part, is prohibited without the express permission of the rightful owners.

Portrait photographs are unfamiliar visages. Portrait is the art of capturing emotions,expressions and feelings of...
Photography

In my entire life, I haven't met a person yet who hates creamy desserts ....
Photography

People often judge you from how you look and what you wear. Thus, every woman...