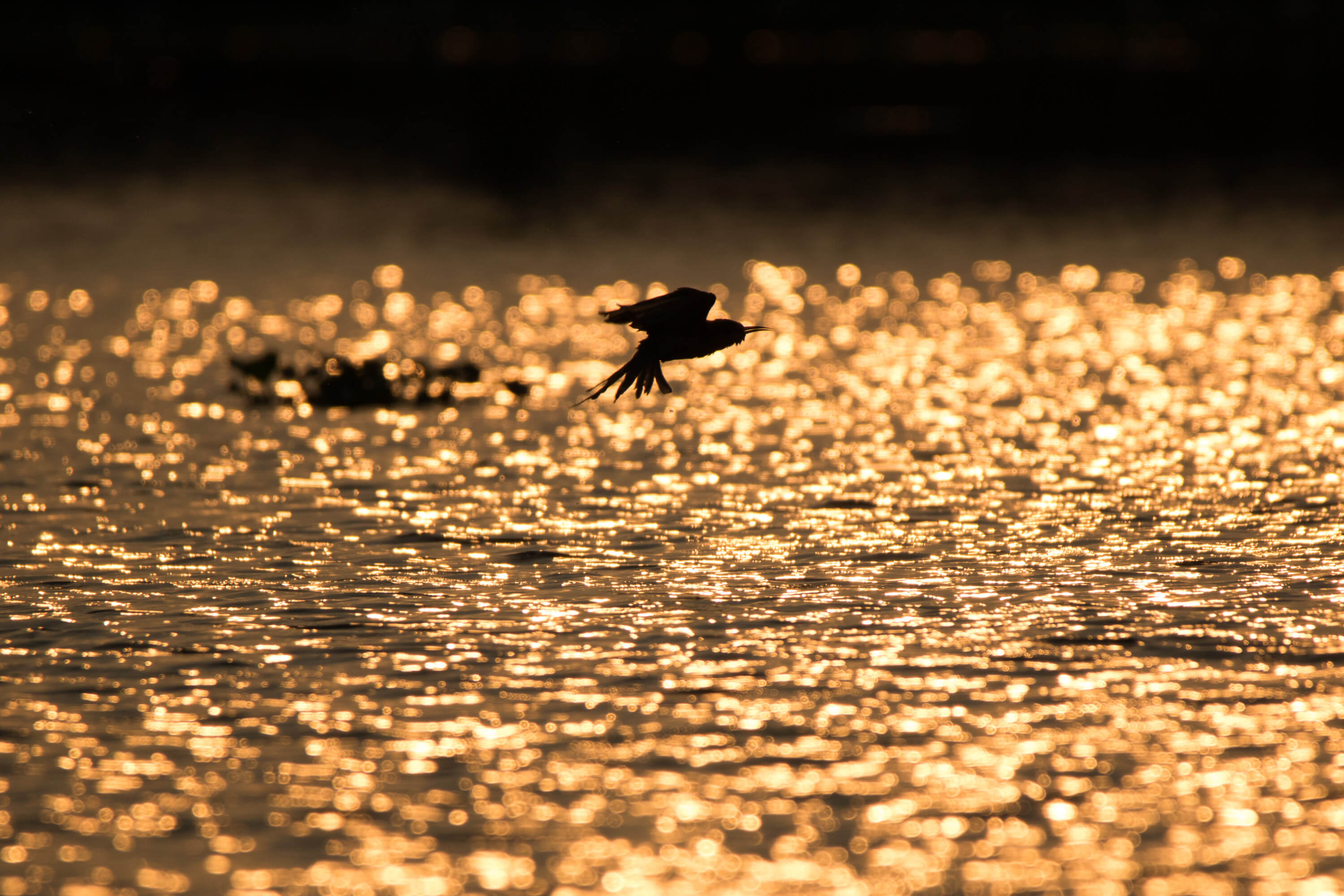 As part of Wildlife – Bird Photography, here is the special Photo sequence of a Bird catching a fish.

An acrobatic performance in nature

Through the golden bokeh in the backwater, my hero started his fishing in the early morning. His movement was exactly acrobatic. When we entered into that paddy field, musical symphony welcomed us. Hundreds of birds singing together. It was beyond imagination. That is a village with so many birds along with their natural habitat. I was upset. It was my first experience in real bird photography.

I know that bird photography is a challenging, endeavor to require specialized skills and equipment. I have tried for photos of birds before. But pictures for a serious portfolio make me anxious. Still, I had good hope. It was near to Nattakkom and I reached there early in the morning. That is not a bird sanctuary. When we reached there I wondered “How so many birds reached the city! Impossible!”

But I didn’t give up.

It seems, that place was not explored by photographers. Every aspect of a bird’s life was there like Nesting, feeding, fishing, and so on. There were lots of birds in different sizes and colors and some of the birds were familiar to me. Surprisingly we saw one bird similar to a sea bird which was flying quite different and seemed to be a migrant. At first sight it self, I decided to capture the series of that bird’s fishing.

The task was not easy. The flight was too fast. Depressed after three hours. None of the birds was focused. But I didn’t give up. I decided to take the images on the next day and hence I started to research that bird. Furthermore, one of my friends said that its name is Whiskered bird. I collected some information and understood the behavior of that bird. With full energy, I started the next morning. As my wish, they were waiting there.

With 600 mm lens I enjoyed every moment.

They were sitting on an electrical wire. I was amazed by their skill in fishing. After locating one fish they flew high and plunged into the water surface and with beak, it caught the fish. If it didn’t get the fish in one try, then they would jump on the surface two to three times. Predating is an art, literally, they are hunting with their wings.

They were continuously trying for their breakfast and sometimes they were like surfing through the water. With a 600 mm lens, I enjoyed every moment. After some trial, I got into the track. The panning method helped me a lot in capturing birds in flying pose. The splash, while they fluttered their wings in the water, really eyed pleasing.

I learned a life lesson too.

After a whole day shoot, I could capture the different moments of fishing. From the take-off to landing, I clicked some sequences. Didn’t expect that I can finish this task within a short time. I was satisfied with my clicks. After finishing with my photo session, I continued with my research. Those are whiskered birds who were migrants.

This is the bird with a grey upper part and white underparts and black bill and a black crust which will turn in to white in the winter season. Apart from that, I learned a life lesson too. Don’t give up ever and keep on trying. You will get the result, according to the extend of your trials. Don’t get tired until you achieve your destination.

Copyrights:
All the photos and text in this post are copyright of Punnia Jones. Thereupon, their reproduction, full or part, is forbidden without the explicit approval of the rightful owners.